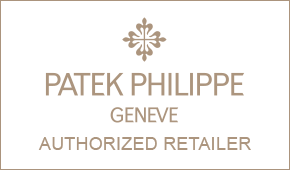 More than 125 years of Zigerli+Iff

It all started in 1893, when Gottfried Zigerli opened his watch and jewelry shop named Zigerli & Cie in Kramgasse. With increasing success, the shop was relocated in 1901 to the more animated Marktgasse. Another ten years later, under the management of Carl Zigerli, the shop moved to the current location. Here at Spitalgasse 14 sufficient room for spacious watch and goldsmiths’ ateliers with natural light could be found.

In 1967 Karl Zigerli and Robert Iff merged their specialized shops Zigerli & Cie and Willy Iff to become Zigerli+Iff AG. With the entrance of Reto Iff and Beatrice Stebler-Iff in 1993, the fourth generation has also been represented in the company and they are now accompanied by Marc and Patrick Stebler in the fifth generation. During the past few decades, the store has been continuously remodelled and enlarged to meet the increasing expectations of the customers and the represented watch and jewelry brands.

Today Zigerli+Iff, with its 24 employees and workplaces spread over three floors, is far larger than one would expect when looking through the shop windows, which reveal the elegant and bright retail space. In 2014, the wonderful vaulted cellar comprising customer lounge, event area and two discreet consultation corners was opened.